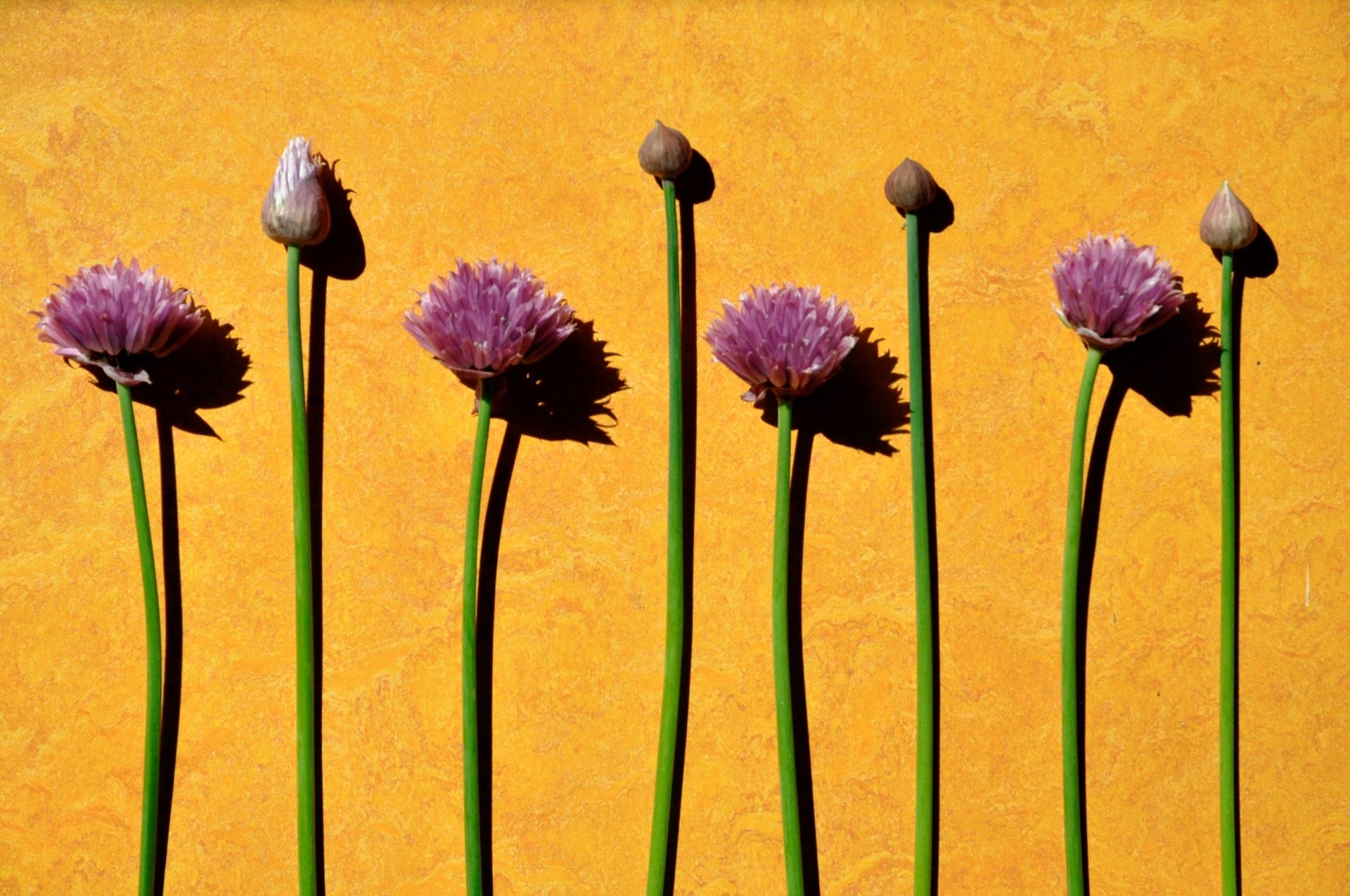 How to grow Chives

Chives have been in use as a culinary herb in China since around 3,000 BC. It was Marco Polo who returned westward with the notion that they made good eating, but chives were not popular in European gardens until the 16th century. Follow along with this handy How to Grow Chives from seed guide and grow some kitchen spice this spring.!

Timing
Start indoors February to May, and transplant or direct sow once the soil has warmed in late spring. Optimal soil temperature for germination: 19°C (65°F).

Starting
Sow 5mm-1cm (¼-½”) deep and keep moist until germination. If starting indoors, use bottom heat and plant 10-15 seeds per cell in a 72 cell plug tray. Transplant either into containers or into the garden once the soil has warmed up. Space clumps 15cm (6″) apart.

Growing
Clumps of chives spread to about 30cm (12″) across. They should be divided at that point and replanted to stand 30cm (12″) apart or broken up for containter planting. Remove flower stems before they open to increase foliage production. Keep chives watered evenly throughout the season. For a winter crop, try digging up a small clump after the foliage dies back in the fall. Plant this in a container using loamy potting mix, and bring indoors to a warm, and very bright windowsill.

Harvest
The whole plant can be cut down to 4cm (2″) from the ground. Use scissors and take as much as needed. Chives don’t dehydrate well, so use fresh portions regularly. The flowers can be used in salads or to flavour vinegars.

Companion Planting
Chives improve the flavour of carrots and tomatoes, and make a good companion plant for Brassicas. They help to repel aphids, carrot rust fly, and Japanese beetles. Avoid planting near beans and peas.